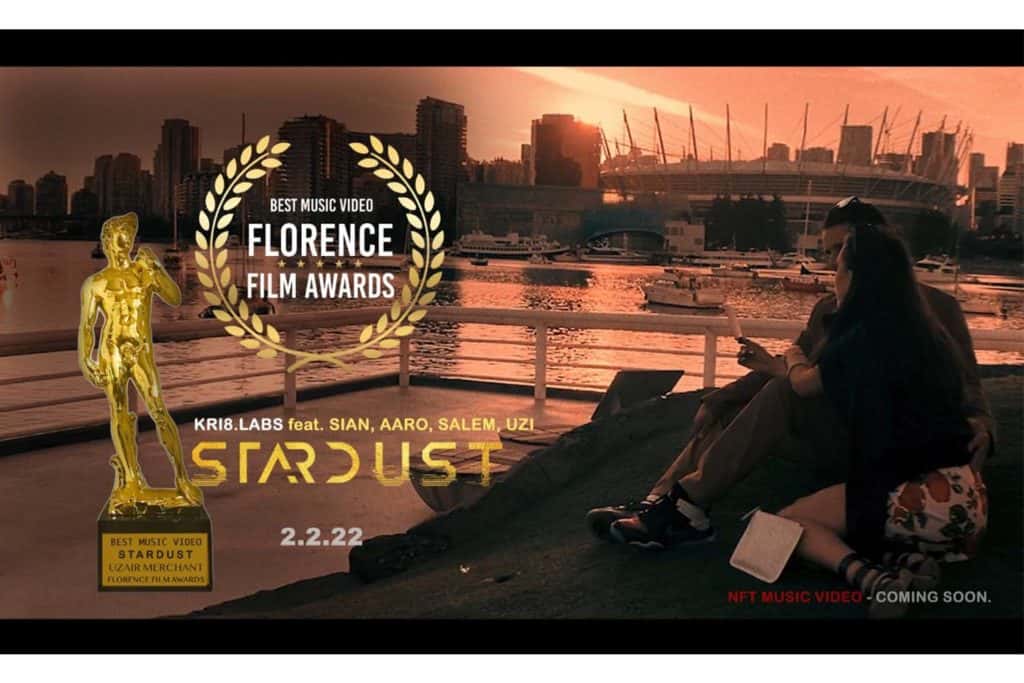 Shot entirely on an iPhone in Dubai, Vancouver and India, Stardust is the original soundtrack to the upcoming Sci-fi show Black Rose, written and created by Uzair Merchant and directed by James Bamford (Producer/Director of blockbuster TV show Arrow). Produced by bKreativ Productions in Vancouver, the Pilot Script has won six international screenplay awards, followed by the video and Soundtrack have won six additional international awards. The graphic novel is also available to purchase on Amazon.

Stardust details Uzair’s heart-breaking journey during the pandemic when his father was in a state of immobility post-cardiac arrest. Uzair comments: “Stardust is a tussle between two worlds where the character is desperate for an escape to find answers, only to learn life has a flow of its own. It is to be observed, not fought with — the idea that we all come from Stardust and to Stardust we shall return.”

DH Kim, CEO of Finhaven says: “NFTs will present many innovative possibilities beyond traditional asset ownership, and Finhaven is well positioned to provide the technology solution and the compliance framework required for investor protection and a better user experience. Most importantly, we are thrilled to work with Uzair Merchant and James Bamford, both talented film artists based in Vancouver, Canada to expand the territory of the film industry by leveraging blockchain technology, Virtual Reality and Augmented Reality.”

This novel security-NFT offering by Finhaven and Uzair will bring innovation and health to the NFT space by bridging the worlds of NFT, traditional finance, and art in a way that is sustainable and robust.

Finhaven Capital Inc. has been granted a license to use the trademarks "Finhaven" and "FINWallet". Finhaven™ and FINWallet™ are trademarks owned and used by Finhaven Technology Inc. and is the subject of a pending trademark application with the Canadian Intellectual Property Office to register this trademark as a Canadian registered trademark. Any unlicensed use of the trademark is strictly prohibited.